Sandor Dargo's Blog
On C++, software development and books
Blog 2020 06 10 Occupying a seat vs. show me your skill!
Post
Cancel

Occupying a seat vs. show me your skill!

I’m still not looking for a new job, and - given the circumstances - luckily I don’t even have to. Still, after having met some people and having received a couple of interesting propositions I realized that I didn’t even have a CV. The latest version I had was 7 years old, something that I used for getting my actual job. Since then I’ve been eagerly updating my Linkedin profile to document what I’ve done, but even though I enjoy reading articles about how to craft high-quality resumés I never actually refreshed my CV.

I knew exactly that I’d want a single page resumé and that I’d like to focus on what I have achieved, not what I have done. At the same time, I also remembered a couple of things that Yegor wrote in his 2 cents on how to pimp up a resumé.

I know that this thought-provoking guy doesn’t value a lot the company where you “managed to occupy a seat”, he is interested in about what you do. That’s good but I still thought that combining the owners of my chairs and what I’ve done at those places has a significant value. Especially given that most of my professional activity is related to my workplace, and we don’t do a lot of open source code, at least not in my team.

At the same time, I wanted to include some links to my most interesting online appearances, a list of skills grouped by my level of expertise, and my public speaking experience as I’ve started to speak at conferences and plan to keep doing so.

For my previous position, I managed to put in some numbers as achievements, but not yet for my current job. We lack some statistics, I went with using strong verbs for the moment. Anyways, this is what I came up with: 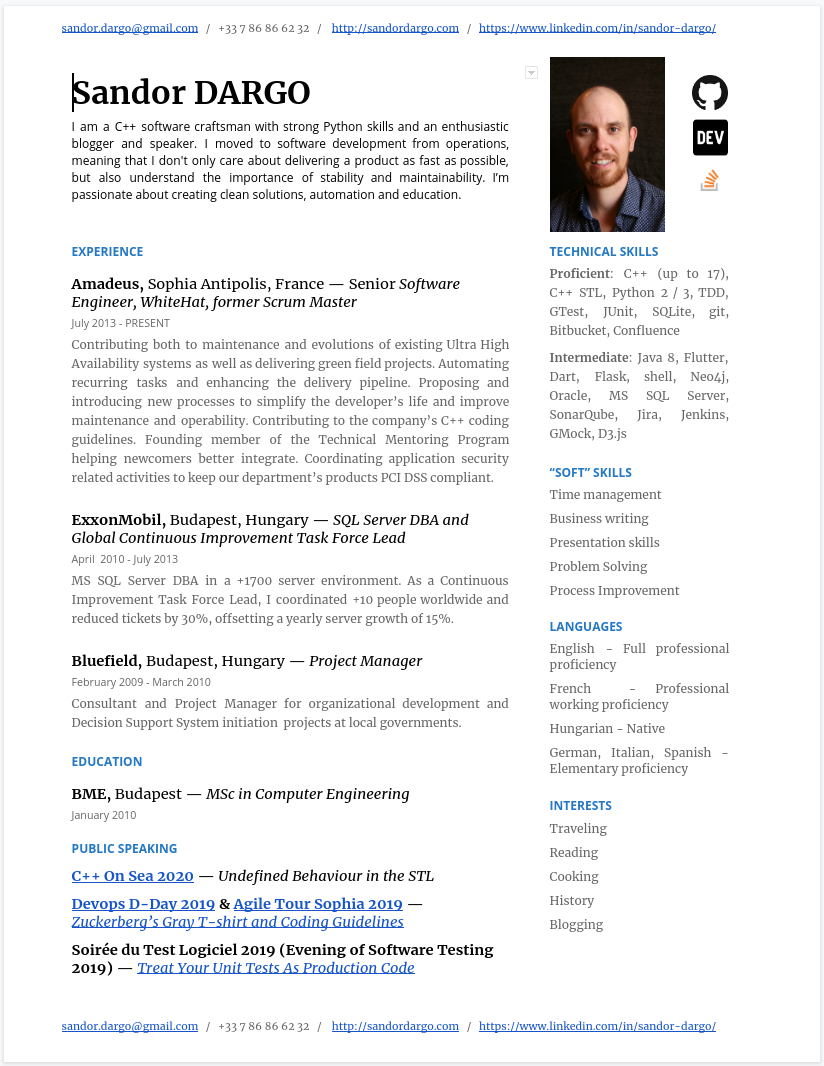 I sent it to Yegor as I was interested in his opinion. He told me that he liked the layout, but he would have preferred to read more about what I do, who I am, and less about the places where “I managed to occupy a seat”. Meaning that I should move my jobs to the left part and put my skills and interests to the center.

It felt strange. Okay, to be perfectly honest, it still does. But on the other hand, I realized that I have more technical skills to add, so I could update the previous version too (that’s what I included above). So it was definitely worth doing the exercise.

I came up with the below resume and got better feedback for it, though I still prefer the first one. 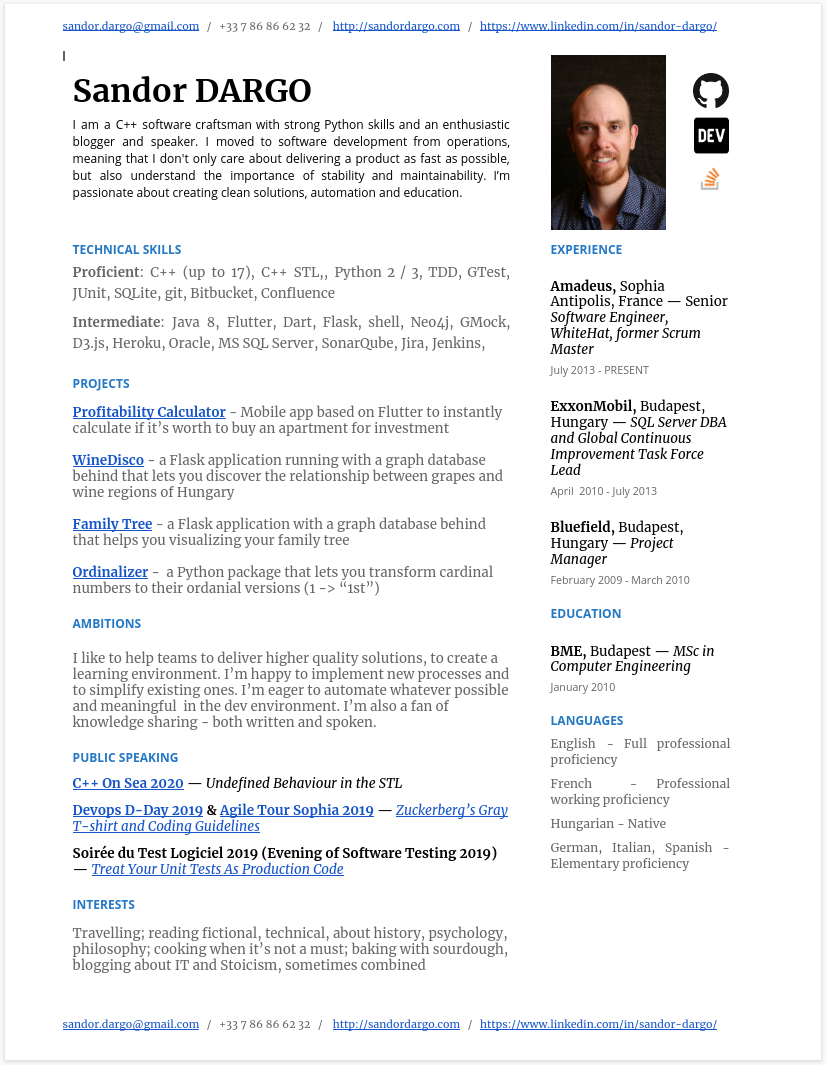 What do you think? Which way do you prefer?

The Tech Resume Inside Out by Gergely Orosz

I’ve been interested in how to write a good resume. Both because I keep one up to date and also because I saw a few ones recently as I helped my managers with technical interviews. I definitely saw...

Going down the road

After years of working hard and understanding how the game works, you got promoted. You are happy. You made a few steps forward. It feels exactly like when you got admission to university more th...

It’s still pandemic time and most of us are working from home. Let me share with you my best pieces of advice to make your remote experience as productive as possible! Don’t let your goals constra...

Sapiens: A Brief History Of Humankind by Yuval Noah Harari