Sandor Dargo's Blog
On C++, software development and books
Blog 2021 02 20 What Does This Button Do?: An Autobiography by Bruce Dickinson
Post
Cancel

What Does This Button Do?: An Autobiography by Bruce Dickinson

What a great title, what a good way to live a meaningful life! Ask questions and be curious all the time!

I took this book into my hands as Ryan Holiday recommended it and I like heavy metal, in particular Iron Maiden. I cannot find anymore why he recommended the lead singer’s, Bruce Dickinson’s autobiography and to be honest at a certain point I questioned why I’m reading it.

I like rock music, I follow the heavier the happier principle (in music). I also knew that Bruce can fly aeroplanes including quite big ones, like the Ed Force One. 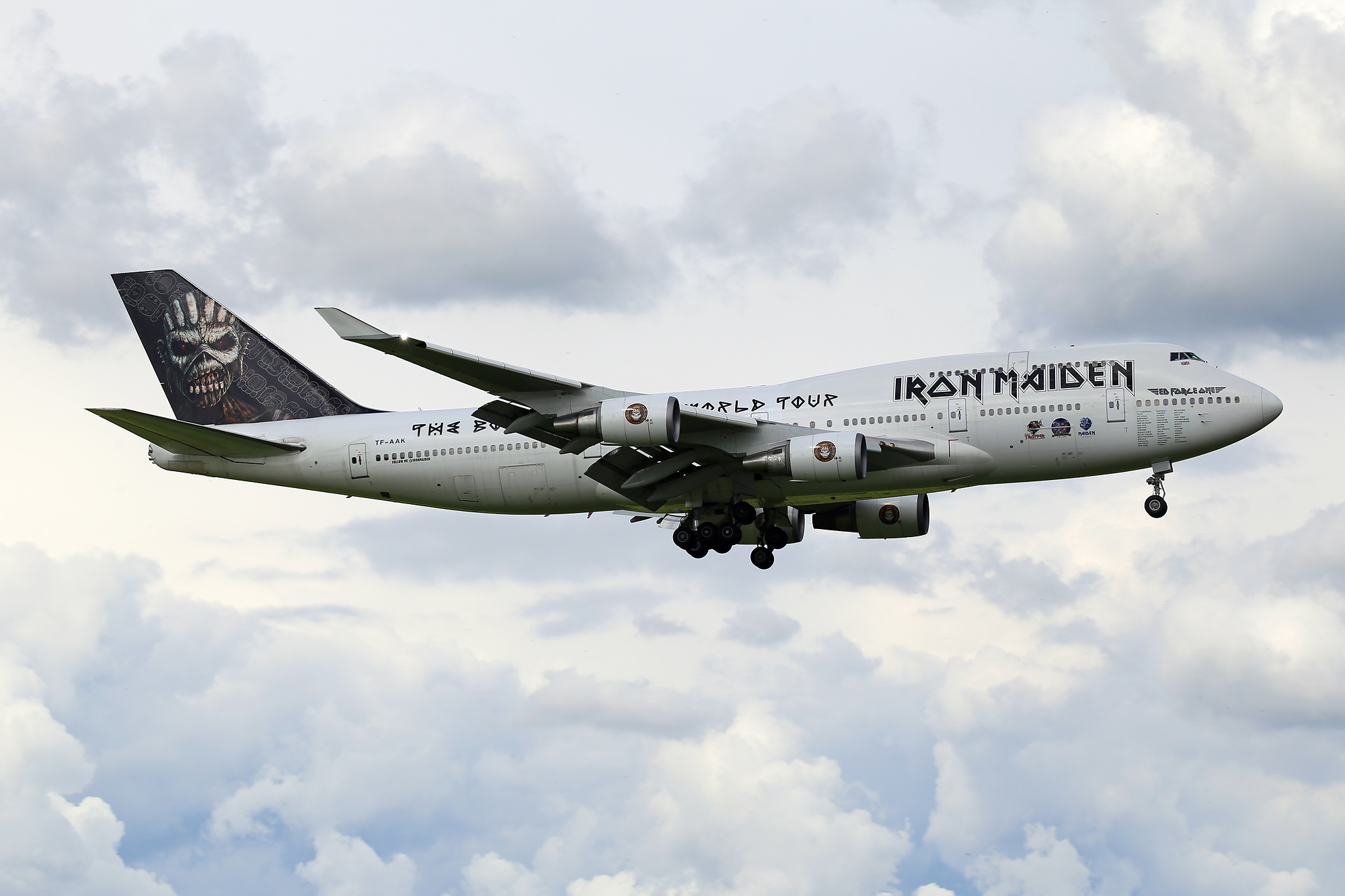 I expected something more than drunk stories of a rock star. Not that I’m prudish or something. I used to be a university student and I have my own stories enough to fill a book. I’m just not a rock star, so probably not many people would be interested. And those who would be interested, well, I don’t want them to read anything as such.

At a certain point where he explained how he was expelled from board school because with a friend they made the principal cook beans with their pee instead of sherry, I seriously questioned my decision.

But - maybe that’s not a virtue - I barely put books down and I still felt an interest for what might come. I made a good decision, in the end, I find What Does This Button Do an impactful book. I’m glad I read it and that’s why you can read these lines.

What did I find strange?

As I progressed with the book, I more and more found it strange that he wouldn’t mention barely any ladies from his life, not to mention kids. Then at the end, he explained he didn’t want to include any marriage, divorce, death or birth because then the book would have grown too long and nobody would have ever read those 800 pages. Probably he is right and after all, he knows well how to entertain people.

What did I find surprising?

Okay, let me mention two things that amazed me.

Starting from the second half of the ’90s, this guy had a full-time job in between tours. He flew commercial aeroplanes, in the beginning as a first officer, then as a captain all around Europe and beyond. His love for flying was so strong that he made everything to learn to fly and to fly more. Funny enough this was his first regular job in his life and probably also the last. In the book, he shares some gruesome stories about some of his flights.

Another thing I found remarkable is how boredom can be devastating during a tour. After concerts, many just drink heavily (or take drugs) in order to make it somehow until the next evening. I never thought that boredom might be one of the reasons for the different addictions of rock stars.

There are others who try to read, try to exercise or educate themselves during those idle times. The author chose to fence whenever he could - for decades he had a Hungarian coach, Zsolt Vadaszffy who escaped Hungary after the Revolution in 1956 -, he practised with local clubs and entered local competitions. And later he learnt to fly. He has led quite a prolific life.

What did I find impactful?

I found it inspiring how Bruce Dickinson always tried to take the lead of his life and grow both as a professional and as a person as well.

We might say that investing in ourselves is a question of money. And after a certain point, he started to have plenty, still, most of us could invest more in our growth. On the contrary, it’s also true that many of the “rich” many will not show (m)any signs of growth.

Becoming a better singer and going on a solo career to improving both his singing skills and learning how to put an album and a band together is a sign of being brave. At the same time, practising fencing and becoming a commercial pilot is something that shows us that we have no reasons not to believe in ourselves and not to follow our dreams. Almost anything is possible if we are willing to pay the price for it.

Something that I found uplifting is their journey to Sarajevo in Bosnia. During the darkest days of the Yugoslav Wars, Bruce Dickinson and his band accepted to make a concert in Sarajevo that was under siege. This was something that allegedly other major rock bands declined - who wouldn’t understand that? Yet they went, they were supposed to fly in from Split with a helicopter but for some reasons they were told at the airport that they cannot go. 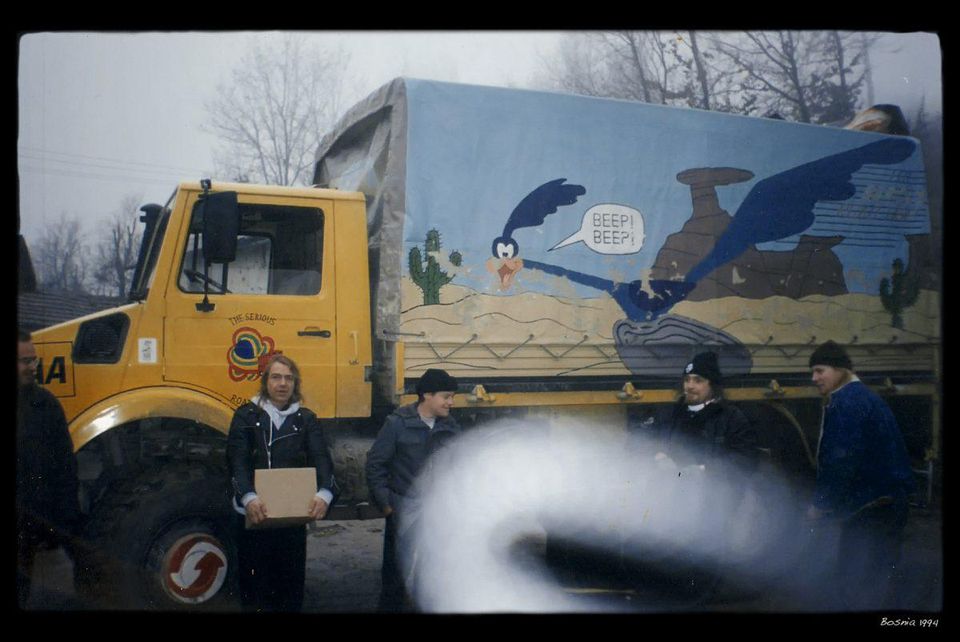 After not much hesitation, they went with a truck through the darkness of the night, through the frontlines and eventually gave a very vivid concert. They didn’t just give a concert, but they rather gave some traces of life, some hope for the people living in the city under siege, for the people who could die literally at any moment. What is real rock&roll if not that?

The third and last thing I wanted to mention is the author’s fight against cancer. I felt nausea, I felt moved, I felt deep sorrow while I was reading about his story. Probably I was more touched because of… We all have our personal connection points… But even without it, the attitude he adopted to fight the disease that could have easily make an end to his career and his life is honourable.

With such a will, top-quality medical care and for sure some luck he survived and continued his journey towards mastery.

I know that many books of “celebrities” are shadow written. I’m pretty sure that this one was not. I’m convinced that someone who wrote so much music, who has that kind of education, someone with such a prolific life didn’t need anyone to write his own story.

If you like metal, if you like Maiden, read it, you’ll like it. Or if you like flying. Or just to read a good one. The moving stories, the inspiration you can take from his versatile life are worth those hours of reading.

I recently read Clean Agile by Uncle Bob and probably that’s why my Kindle recommended me to read Scrum: The Art of Doing Twice the Work in Half the Time on Agile by another founder of the Agile Ma...

Boyd: The Fighter Pilot Who Changed the Art of War by Robert Coram

I found this book in the monthly reading list I receive from Ryan Holiday. I was not sure what the biography of a fighter pilot would offer to me, but the subtitle of the book is The Fighter Pilot ...

4 ways to use C++ concepts in functions