Again? It’s the end of the year? I almost forget to sit down calmly and look back. It was a fruitful year with lots of fun and challenges.

New kid in the block

When I was looking for my new team, I had a very precise question. Will I be allowed to take a month right after the birth of my second child (so with some flexibility on the dates)? It was a dealbreaker question, but it didn’t break and it was respected. Thanks to my management team!

My son was born on the 1st of June, almost seven months ago.

He was very kind to me. He didn’t knock on the door when I was at Riviera Dev. Thank you, Daniel!

We tackled the tough question of where to leave our daughter, while I was with my wife at the hospital during the labour. We found some last minute nannies, but someone who my wife knew from some mummy meetups said they already have 3 kids, one more for a night is not an issue. And they live about 15 minutes away from the hospital. Thank you, Wendy! Our daughter had a great time there and we met once already. Hope to see them again during spring.

I feel it’s been more difficult with Daniel than with Dalma. He already got into hospital as he had some severe fever, but he recovered luckily. He doesn’t sleep well, but at least he is crying less and less with me in the evenings.

Despite the difficulties, he is quite big and very strong. He is already standing up sometimes, be he falls down immediately. Well done so far!

It’s not all leisure.

I joined Car and Leisure Services at Amadeus right on the first days of the year. What could I say after a year?

One of the first comments I received from a teammate was that they don’t understand why would anyone come to this team. What a great start! Again, what could I say after a year? It was a good year and while I understand that there have been some difficulties, and there still are, but there are less and less of them and team is getting stronger both by learning and by recruiting.

Sometimes I think that there is not enough coding involved in my daily job, but I have enough freedom to find myself enough interesting tasks in form of automation and security testing. Yes, security testing. I was asked to take the responsibilities of a white hat. Well, a WH in our company is more like a project coordinator, but with some of the WH colleagues, we try to give a stronger technical content to the role.

I can still say that my job is interesting, we have a lot of technical debt to cover, and slowly but surely I see a growing number of people interested and acting people in tackling those.

We have regular knowledge sharing sessions and coding dojos which help us get better. If things continue like this, I stay happily for more.

I’m taking more seriously building my personal brand. One sign is this blog and some articles that are more technical than before.

Another way of building my brand is that I’m constantly on the lookout for new presentation possibilities.

I submitted an application for Riviera DEV conference and it got accepted! In fact, I submitted three and they accepted the non-technical one, but that is fine. I thought it is a great possibility. And it was! I delivered a presentation at the “We are not just devs” track about how we organize our holidays. 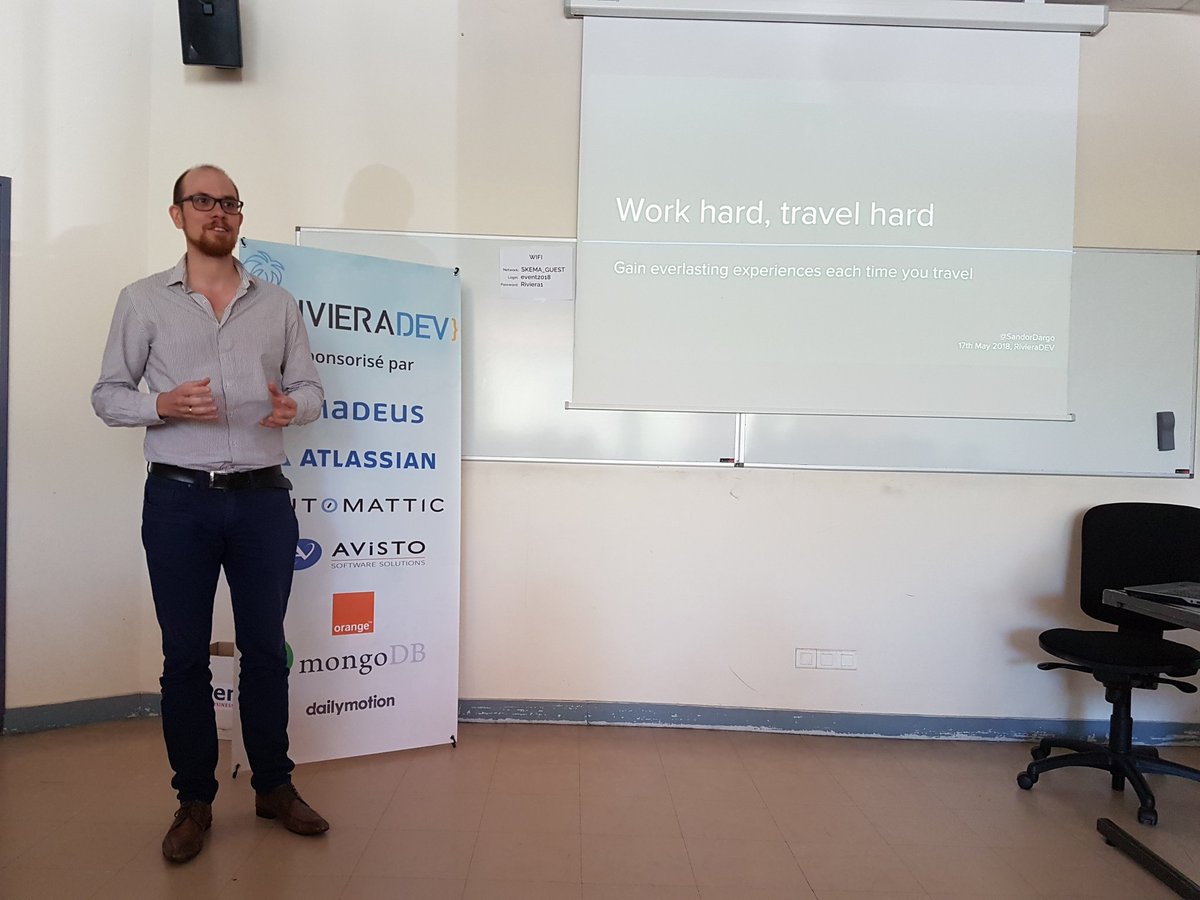 I met some interesting people there, some from my company and it helped me get a spot at our internal Global Technical Forum where I could speak about the importance of coding guidelines. What a year!

But I also delivered some knowledge sharing presentations in my department.

What will next year bring? Who knows!

I attended a couple of sessions of the local Toastmasters group, but due to the parent schedule we are on during the first couple of years, I couldn’t join the group. A bit later sure I will.

That was the title of my talk and RivieraDev. And I meant it.

In January, we went on a nice round trip. We flew to the South of Portugal where we visited some lovely villages and the fascinating coast! Everything was so empty and the food was delicious!

We drove up to Lisbon where spent another few days visiting not just the city, but Sintra as well with its colourful palace.

From there instead of flying home to Nice, France, we flew to the other home, back to Budapest, Hungary where spent a couple of nice days with family and friends.

As the due date was approaching we took a break from travelling and we had our first holidays with our newcomer when he was four months old. We didn’t go far, just a couple of hundreds of kilometres. We visited the delta of the Rhone river, also known as Camargue with all its natural beauty. It was so calm. There were some parts where I couldn’t hear anything only our steps, the wind and the animals. No cars in the distance, no planes crossing above us, no trains, nothing.

From there we went up to Avignon, to the city of the popes and we even visited the home of one of the finest wines, Chateauneuf-du-Pape. Most of the wines are really expensive, but there is a possibility to taste some of them, and even found some hidden gems I think.

We spent a couple more days in small villages among the hills and mountains of Provence and one of my dreams came true we went up - for the moment only by car to the Mont Ventoux. Gosh, it was really cold and windy but it was well worth it! 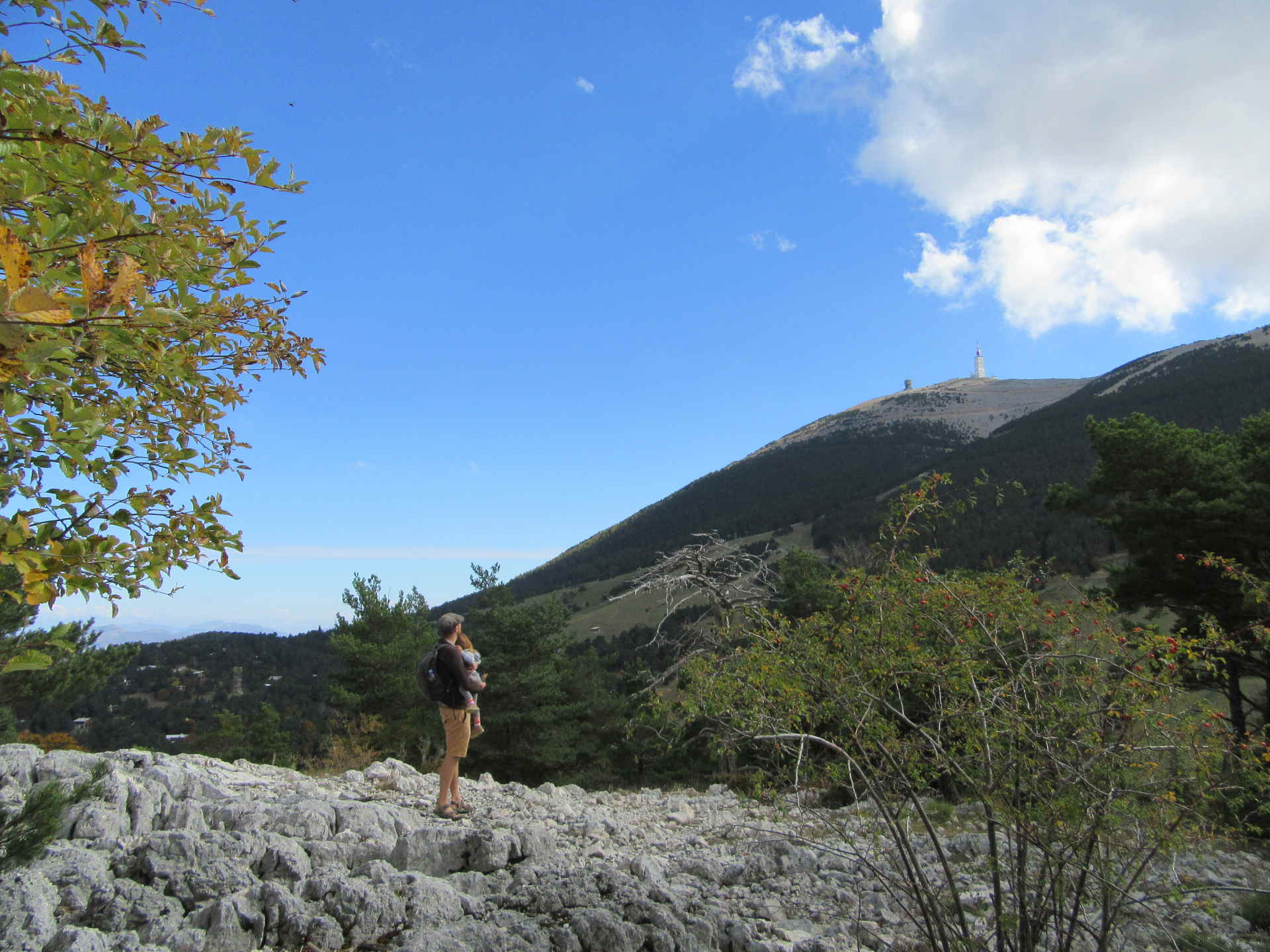 Without family, I also went to Paris for two days even though only because of bureaucracy, but I always combine it with visiting a friend and of course, my favourite places in Paris. Rue Saint-Anne, L’Etoile and the Sacre-Coeur, I cannot skip them.

I also had the chance to go back home to Budapest for a couple nights to surprise my father at his 60th birthday. Thanks for my wife who made this happen by taking care of the kids alone for those almost 4 days!

And we are already planning the two big tours of 2019 where more dreams will become true!

Money is coming in even while I sleep

Well. Not that much, but still. I was a bit sceptical in the beginning, but I made my first hundred bucks even if only in the form Amazon vouchers. I read a lot both for fun and for professional reasons and I tend to share my thoughts about the books I liked. I almost always use referral links. They don’t cost anything for those who click on the link, but it might bring me some money. Yay!

It was a good year with a lot of joy and happiness, but also with fatigue. That’s fine. We shall never have worse as we used to say in Hungary!

The very end of 2016 I launched this blog in order to support my learning. Learning programming, learning writing and learning how to teach. In the beginning, I didn’t put too much discipline in i...

You have to ask for it!

As you might know, I’m writing a book, its working title is “The Seniority Trap”. From time to time, I’ll post some parts of it, before it gets released. If you are interested in the updates, pleas...

My code is not shipped! Should I care?

One of the developers I’m mentoring asked me a question about a situation most probably all of us faced. “I was working on a project, I implemented some features, then it never went to producti...

Professional learners we are